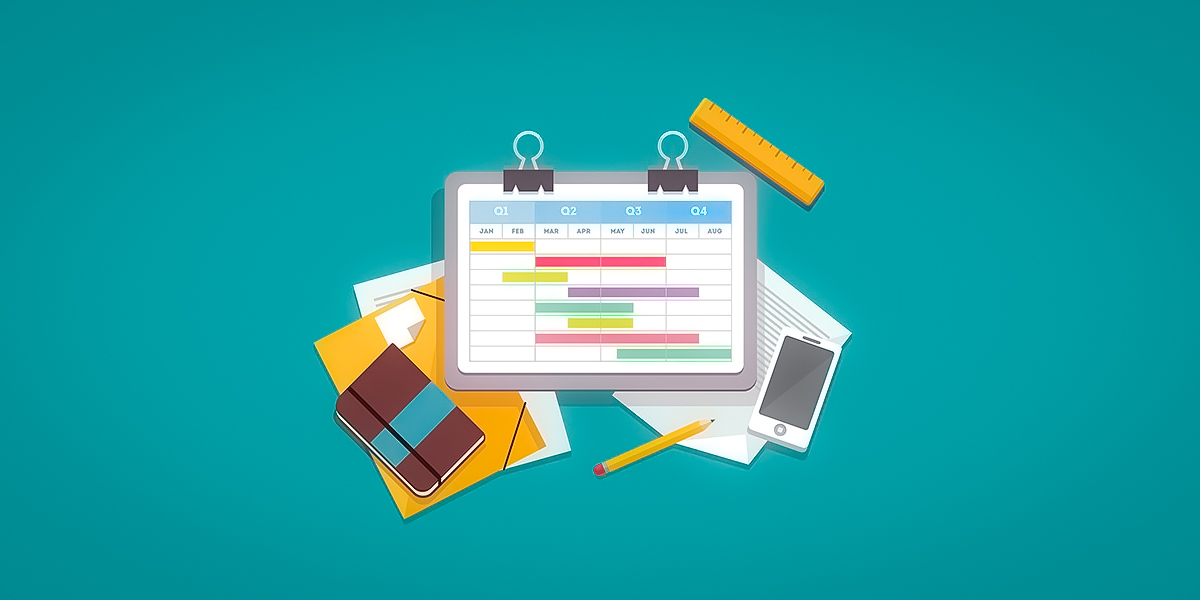 The Gantt Chart: What is It and Why Does It Matter?

The Gantt chart has become one of the most widely used project management tools today. Incredibly versatile and easy-to-use, it can be used throughout the whole project for planning, time management, task management, scope management and much more besides. In this guide, we explain why the Gantt chart is so useful, as well as exploring its origins, features and benefits.

What is a Gantt chart?

Simply put, a modern Gantt chart is a type of horizontal bar chart which illustrates a project schedule. First invented for manufacturing businesses in the 1890s, modern Gantt charts are more often used by project managers to visualize complex schedules.

The project is divided into tasks on the vertical axis, while time is shown in intervals on the horizontal axis. Each task is represented by a horizontal bar, often color-coded, while the length of each bar shows the task’s expected duration. In this way, the chart shows the start and finish times of the whole project, as well as those of its component tasks.

History of the Gantt Chart

Henry Gantt’s bar chart has been a mainstay of project management for many decades. However, what we now know as the Gantt chart was actually devised in 1896 by Polish engineer, Karol Adamiecki, who called it a “harmonogram”. And although it led to 100-400% increases in factory output at the time, Adamiecki only published his work in Polish and Russian, which meant the Western world remained largely unaware of his invention for many years.

Henry Gantt, meanwhile, was a prominent American mechanical engineer who made major advancements in the field of production engineering during the 1910s. His ideas included ways to organize the layout of the workspace, and the ‘task and bonus’ system for employees. These developments were used to great effect in the US war effort during WWI.

Gantt devised sophisticated charts for recording data and performing diagnostics to improve efficiency, but he always named them after their purpose. What we now call the “Gantt chart” was actually dubbed as such by Wallace Clark in his 1923 book, The Gantt Chart, a Working Tool of Management. Henry Gantt originally called it the “Load Chart”: for each type of item to be manufactured, it showed the planned quantity of the batch and its allocated time slot, plus the actual, cumulative, and daily totals – all in one line.

Most of Gantt’s factory techniques declined in the 1950s and 1960s when the complexities of large-scale manufacturing made them difficult to implement. However, one aspect of his systematic thinking definitely lives on – an adapted form of the Gantt chart, now a vital tool used in modern project planning.

The evolution of the Gantt chart

Before the advent of computers, Gantt charts were drawn by hand, meaning that every time a change was needed, the whole chart had to be laboriously redrawn. Since the 1980s, however, project management software has eliminated this delay and enabled the creation of more elaborate Gantt Charts.

In the 1990s, the advent of computer networking and the internet moved Gantt charts from desktop applications to web-based project management software, which brought about a new level of project collaboration.

In modern Gantt chart software, data can be automatically updated. For example, a vertical line can be used to indicate the current day. The ‘Today’ line can be visually compared with features such as progress bars, showing at a glance whether tasks are behind or ahead of schedule. Project managers can add more detailed information to elements and other components, which users can reveal as needed. This can even include discussion threads so that team members can keep all their project information in a single dashboard.

What is a Gantt chart used for?

Gantt charts have become much more generalized since their origin on the factory floor, and modern versions are now used for managing every phase of the project.

In the planning phase, the Gantt chart helps project managers assess many important aspects of a project:

During the execution phase of a project, the Gantt chart helps to monitor progress. You can see which tasks are due to be achieved by a certain date and which tasks have not been. So if the project is falling behind schedule, you can immediately see what’s specifically required to bring it back on track.

In the analysis and reflection phase, by comparing the original plan and the final chart side-by-side, you can see which activities of a project were completed on time, or quicker or slower than others, and why. This, in turn, will inform quicker and more accurate planning for future projects.

Business Management Software (BMS) can connect Gantt charts to other software components, supercharging them for even more sophisticated uses. This may include triggering email notifications when a task is assigned, or a milestone is reached, or integration with the team’s calendar software so they can schedule their time appropriately.

What should be included in a Gantt chart?

Tasks within the Gantt chart are classified as either ‘summary elements’ or ‘terminal elements’.

The Gantt chart shows the start and end times of both the summary and terminal elements. Elements are usually color-coded, so all terminal elements within a summary element share the same color.

Besides the main elements of the Gantt chart, there are various optional features that can benefit teams. Below, we’ve listed features that we think are critical and universally beneficial for all businesses:

Progress indicator. Element bars can be shaded or filled according to their degree of completion.

Dependencies (or links). These are the relationships between elements and typically shown as ‘elbow arrows’ connecting the corresponding ends of two tasks. There are four types of dependencies:

Milestones (usually represented by a diamond ◇, which is filled when the milestone is achieved ◈). These are instantaneous elements which mark important points in a project, such as the completion of a design, or the finalization of a set of documents. Milestones provide an easy way to see important dates at a glance.

Assignments. An element can be assigned to a specific person, team, or department. This is usually shown as a label to the right of the element’s bar.

The benefits of a Gantt chart

Using a Gantt chart comes with many benefits and will help you:

Limitations of a Gantt chart

Gantt charts can be very beneficial when used correctly, however, there are also some limitations the majority of modern Gantt charts face.

The idea of a horizontal bar chart showing a timeline may seem simple, but the Gantt chart’s simplicity is what makes it so powerful. It’s because it can be so easily interpreted by the human brain – and because we can pack a great deal of sophistication into it – that the Gantt chart is so useful today. Used correctly, it can be a pivotal instrument to ensure your project’s success.

Liis Milk is the Content Marketing Specialist at Scoro. From research to clever writing, she cares about creating engaging content. Best described as a photo enthusiast and a word nerd, she gets inspired by nature and books. Never says no to good conversation, sports and traveling.

12 Incredibly Useful Tips and to Get More Out of Scoro