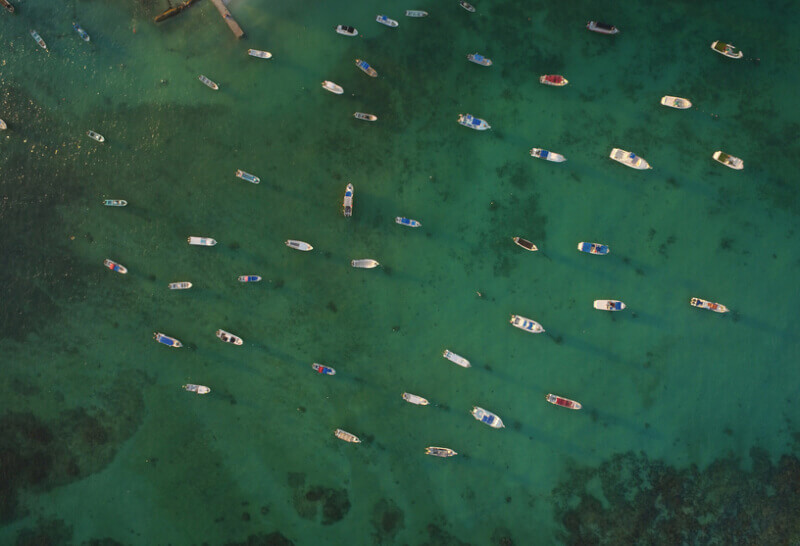 How to Apply the Grit Psychology to Your Work

When Angela Duckworth first started investigating the grit psychology less than ten years ago, she left everyone wondering: could this really be the bold new idea for predicting success or is it just another self-help sensation?

Today, Duckworth’s idea of measuring the chance for success by combining a person’s passion and perseverance has spread around the world. It is used in measuring everyone from top-ranked university to elementary school students, from scientists to entrepreneurs.

Traditionally, the high-achievers, leaders, and successful entrepreneurs were believed to share a set of traits such as conscientiousness, extraversion, neuroticism, agreeableness, and openness to experience – also known as the Big Five. What happens if you add the factor of ‘grit’ to the mix?

Let’s Investigate: What is Grit?

Grit is defined as perseverance and passion for long-term goals. Building upon prominent leaders in history, scientists and researchers have reached similar conclusions about high achieving individuals. Specifically, those who were deemed more influential and successful than their counterparts.

In her instant New York Times bestseller Grit: The Power of Passion and Perseverance (2016), pioneering psychologist Angela Duckworth suggests that it’s as important to work hard as it is to be a natural talent.

Grit does not require immediate positive feedback. Individuals high in grit can maintain their determination and motivation over long periods despite experiencing failure and adversity. Their passion and commitment towards the long-term goals is the predominant factor that provides the energy for going on, against challenges and setbacks.

How Much Grit Do You Have? ⚖️

How do you feel about these statements?

A Grit Scale developed by Duckworth gives a score on a scale of 0-5 that reflects how passionate and persevering you see yourself to be considering how you compare to most people.

Take the Test: How Much Grit Do You Have?

To be gritty is to have passion and perseverance about something in your life. The score can vary depending on whether you focus on your everyday life or work.

The questionnaire is useful as a prompt for self-reflection. Some employers give this questionnaire to their (potential) hires in order to prompt a conversation about their passion and perseverance.

Like with any questionnaires, you can fake a higher grit score without much effort. Try to stay honest to yourself and see how do you rank among others – and if there is a potential for improvement.

How Can You Apply Grit in Your Work?

If Duckworth’s premises are valid – first, that grit matters more than talent; and second, that it’s possible to enhance your grit – it could be the missing ingredient in elevating your business or increasing work productivity.

Grit isn’t some magical quality. We can all have grit with some grit-building behaviors.

Our passions are things we generally have not yet mastered, but drive and inspire us to improve. Just like any other pursuits, they also involve challenges and adversity. But the process itself is rewarding in its own right.

In a professional environment, you can’t always choose what to pursue. Studying 16,000 people, Duckworth found that “grittier people are dramatically more motivated than others to seek meaning in everything.”

“What ripens passion is the conviction that your work matters. For most people, interest without purpose is nearly impossible to sustain for a lifetime. It is, therefore, imperative that you identify your work as both personally satisfying and, at the same time, integrally connected to the well-being of others.” – Angela Duckworth

Make sure you are working on activities that excite you – or make the activities exciting! Gritty people don’t merely have a ‘job’ – they have a calling.

The people who have grit are aware of one important factor – it takes hard work to succeed. Working hard develops skill, and we’re more likely to stick with things we’re good at. In order to accomplish anything – getting better at sales, landing a promotion, finishing a project – you’re going to have to practice. Sometimes it’s enjoyable, other times tedious – but it’s always worthwhile.

“Over years of working in a very diligent way on your weaknesses, you improve.” – Angela Duckworth

After each challenging task, review what happened and what could you do better next time. The key lies in working on your weaknesses.

Read on: 8 Cures to Regain Your Productivity at Work

Stick to it. Hang on. Push it. There will be days when you don’t want to, setbacks that will make you want to quit. But pushing on will make you gritty. You must believe things will improve because you are the one improving them.

“Grit teaches that life’s high peaks aren’t necessarily conquered by the naturally nimble but, rather, by those willing to endure, wait out the storm, and try again.” – Ed Viesturs, seven-time climber of Mount Everest, author of No Shortcuts to the Top

When you feel like giving up, think about your goal. If you feel it needs re-evaluating, find support. Read something inspiring to remind yourself that you can prevail. It takes one inspiring action to keep you moving.

“When you look at people practicing, you find they make tons and tons of mistakes. It’s by making those mistakes that you get better. Making mistakes and failing are normal – in fact, they’re necessary.” – Angela Duckworth

Read on: 12 Morning Starters to Have a Productive Day at Work

Tweaking how you view your job can make a huge difference. An experiment at Google involved asking employees to slightly rethink their job responsibilities in a sense that would make them more fulfilled. After they had done that, employees saw an increase in both job satisfaction and performance.

“Just thinking, ‘What can I do in small ways that would make this more meaningful?’ can help.” – Angela Duckworth

Don’t focus on incentives like bonuses, promotions or stock options. Figure out a clear vision and purpose, and set challenging goals for yourself. Understand that what you do has a positive impact on others – your work matters!

In an experiment with call center employees at the University of Michigan the employees were divided into two groups. Their task was to cold-call alumni, and ask for money for a student’s scholarship. One of the groups got to actually meet the scholarship recipients, who shared how much the scholarship had changed their lives. That group’s weekly revenue increased by 400%.

Even though both groups had the same task, once the call center employees realized the true impact of their work, they became motivated to work harder, and the results were evident.

Read On: 5 Steps to Become More Productive (And Work Smarter Instead of Harder)

Oftentimes when people face a setback, they give up. They take it as a sign of never having ‘what it takes’. But you can actually change your approach to build your grit.

‘Trust yourself’ – easier said than done, right? It’s important to keep in mind that you’re an evolving human being designed to change and grow. Adopting the growth-mindset can give you the perspective you need to stick with something even when the going isn’t easy.

Trusting yourself is a learned skill just like any other. Try asking yourself: “What do I trust most about myself?” Do you immediately know the answer? Then try asking the same question from your colleagues. How do they experience you, and how much do their answers match with yours? Colleagues can offer an excellent reflection of yourself – take advantage of that!

Hang out with gritty people

We like to think we’re all special snowflakes but we’re inevitably influenced by those around us. There’s a high chance that just by hanging out with gritty people it could rub off on you. The people around you influence your behavior. In fact, they influence you a lot more than you might think and probably more than you’re comfortable admitting.

The Culture of Grit?

Grit is critical, and luckily, it is also pretty straightforward. What’s hard about it is how to hold those expectations over time.

Most annual reviews fail to take grit into consideration. However, employees with grit are likely more determined and motivated. It is up to the leaders to intentionally choose to develop grit in their team in order to achieve greater long-term success.

When the whole team is committed, you can achieve the grit culture at your workplace, and see the results for yourself.