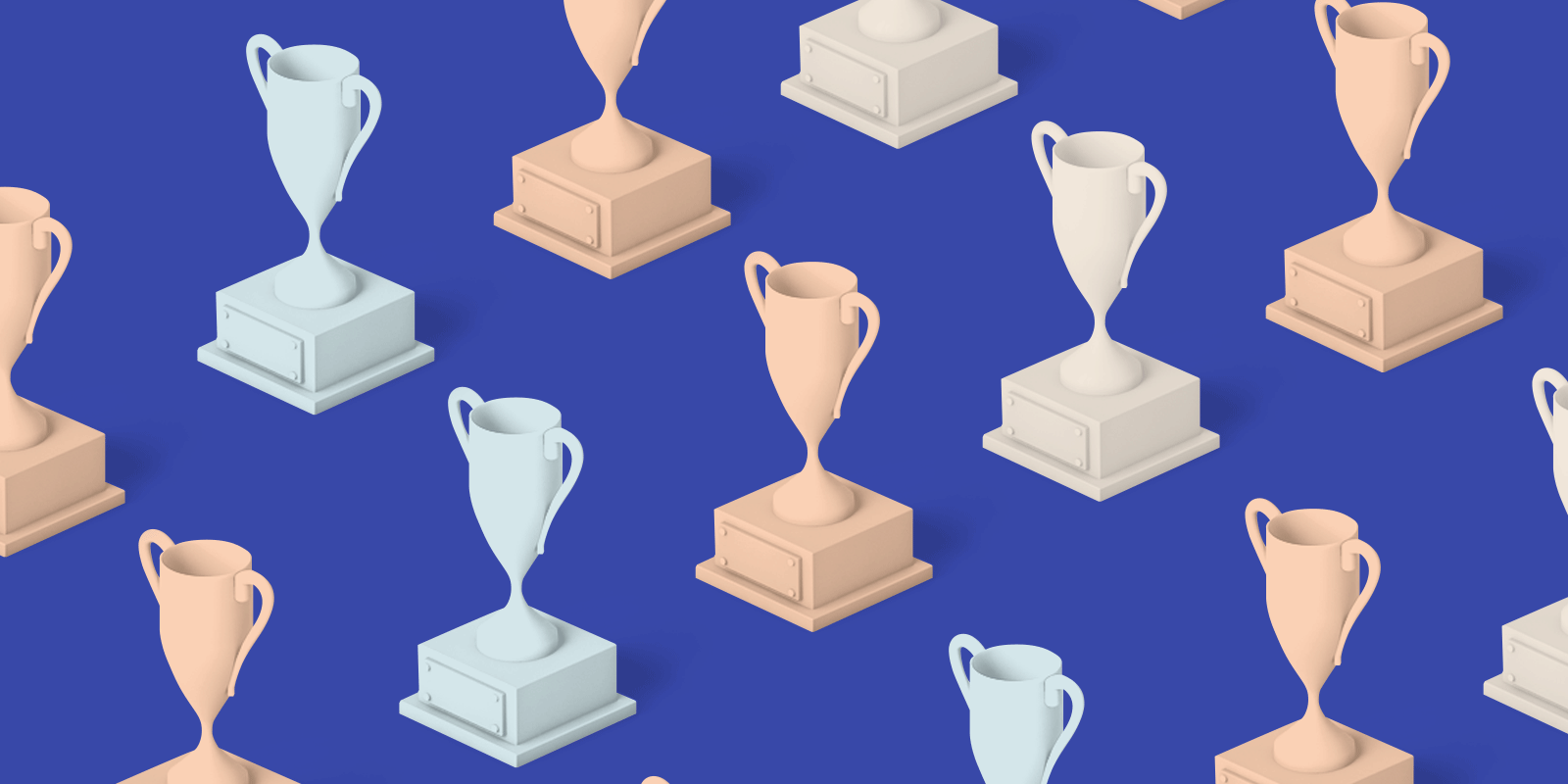 Despite the surprising amount of lost time during working hours, and the simple methods which can save it (just 10 minutes of planning your day can save 2 hours of wasted time), around four fifths of employees still don’t use any form of time management system.

Time is a precious resource in modern business, but there is a plethora of time management techniques out there, so choosing which one to use can be overwhelming. In this post, we’ll cover our top five methods that will help you start to claw back those empty hours.

Do you find yourself frustrated by your lack of progress toward an important but non-urgent objective? It’s easy to become bogged down in trivial yet ever-present tasks, or simply procrastinate on our larger goals. This deceptively simple technique essentially comes down to this: identify the single task of the day which will have the most impact on your goal (the frog) and complete it first at the expense of all others.

If your reaction to this is ‘I have far too many things to carry out each day, so I can’t possibly focus on just one’, then this is probably the most powerful technique for you. The more overwhelmed you are by the number of tasks waiting for you each day, the more you’ll benefit from eating the frog. What matters in the progression toward your end goal is high impact tasks. Finishing the smaller tasks to relieve yourself of the irritation will only lead to you spinning your wheels instead of gaining forward traction.

Why is this? The most important work almost always requires full mental capacity to execute, such as problem-solving, developing a business strategy, or writing content. The Eat the Frog technique forces you into a state of ‘deep work’ – focusing without distraction on a single task – which is what you need to make significant progress.

A large objective usually can’t be accomplished in a single day or task, so you’ll need to break these down into sub-tasks. However, it’s important not to think ahead too much, since a meticulous plan can easily become derailed. The evening before, simply decide which activity you need to complete to make a substantial step forward, then prepare the tools you need to accomplish it.

Procrastination takes hold when we postpone tasks which make us feel uncomfortable. This may be because they’re large, or because the work involves uncertainty (which humans tend to dislike). In these moments, our brains eagerly seek out distractions like answering emails or browsing social media. This is why starting a daunting task is usually the most difficult step.

The Pomodoro Technique is a way of breaking out of that avoidance habit by tackling a bite-sized task for a short period of time. This is much more palatable to our minds than trying to handle a large or complicated project in one go without constraints.

The method itself is, again, surprisingly simple (simplicity, it seems, may truly be the ultimate sophistication):

Knowing that you only need to commit to 25 minutes of work frees your mind from feeling overwhelmed by the whole project. And once you’ve completed just one pomodoro productively, you’ll feel far more motivated to continue working.

If you’re wondering why each chunk of time is called a ‘pomodoro’ (Italian for ‘tomato’), you’re not alone. The technique was created by Francesco Cirillo during his college years in the 1980s. At this time, he was feeling demoralized by the amount of work he had to complete, so decided to focus by spending a mere 10 minutes on studying (which later evolved into 25-minute stints). Cirillo used a kitchen timer in the shape of a tomato, and after finding success with this method, named it after the time.

Before he became president, Dwight Eisenhower was a general in the US Army and Supreme Commander of the Allied Forces in Europe during World War II, as well as later becoming the first Supreme Commander of NATO. Given the volume of difficult choices Eisenhower faced on a daily basis, it’s no wonder he invented a method for faster and more effective decision-making.

The Eisenhower Matrix (or Eisenhower Box) is a technique for deciding which tasks to pursue at any given time. It’s a simple 2×2 matrix, in which tasks are assigned to each quadrant depending on their level of urgency and importance. Tasks can then be triaged according to their quadrant: 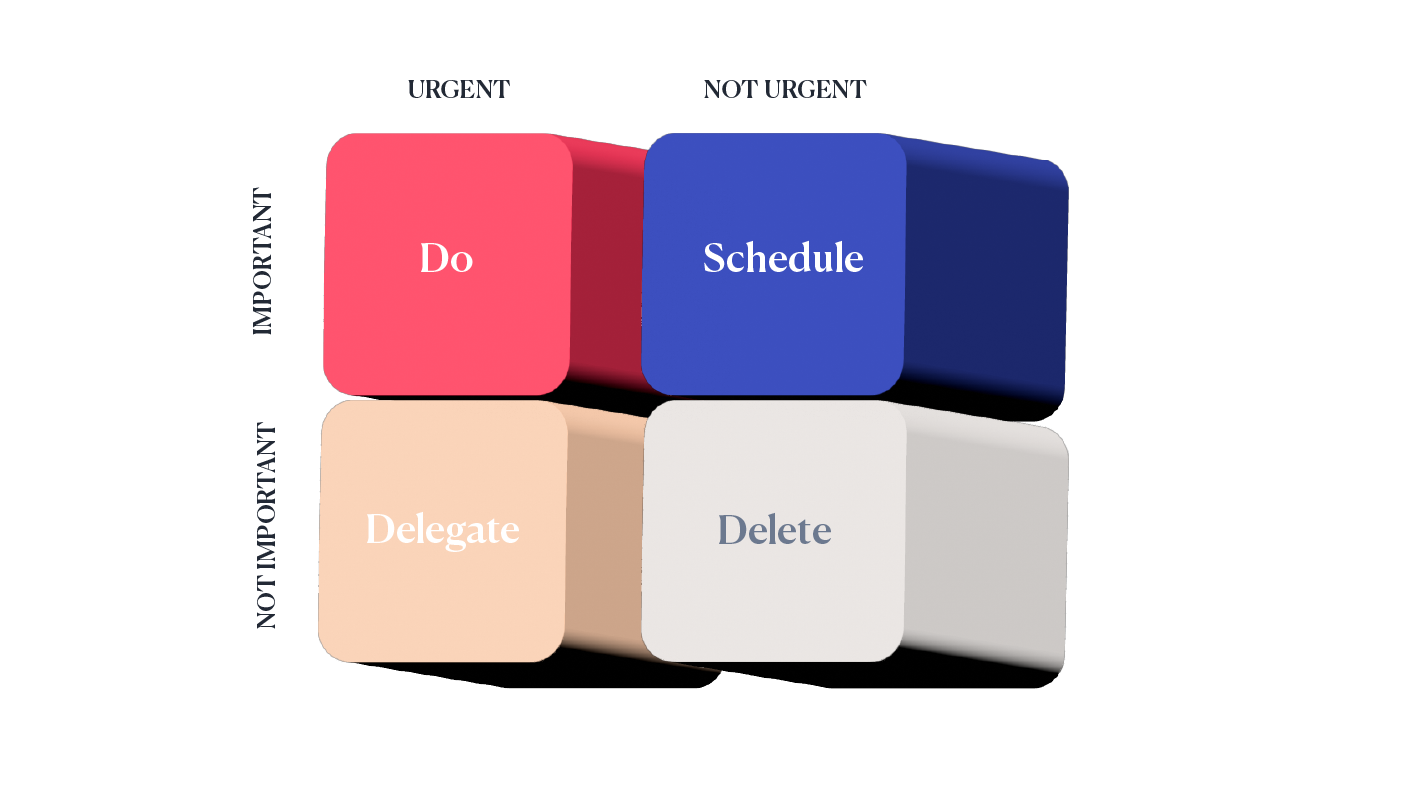 Urgent tasks are generally reactive, i.e., work you need to respond to like emails, phone calls, and messages. Conversely, important tasks contribute to long-term objectives or values, such as research or self-development. The beauty of the Eisenhower Matrix is that it can be used for both long and short periods of time, such as choosing what to work on each month, or what to complete each day.

Have you ever been in a management situation where there are a number of chronic problems, and you need to decide which to address first? Ideally, you would start by fixing the problems which have the most impact, but these may not be immediately obvious. This is where Pareto Analysis comes in. It’s a decision-making technique for determining which causes contribute the most effect, and orders them in priority of action.

Pareto Analysis was invented in the 1940s by Joseph M. Juran, who named it after the Pareto Principle, a rule that states that the vast majority (around 80%) of problems are generated by a small minority (around 20%) of causes.

This approach may be more for the mathematically-minded, but for a given period of time, you can perform Pareto Analysis using the following steps: 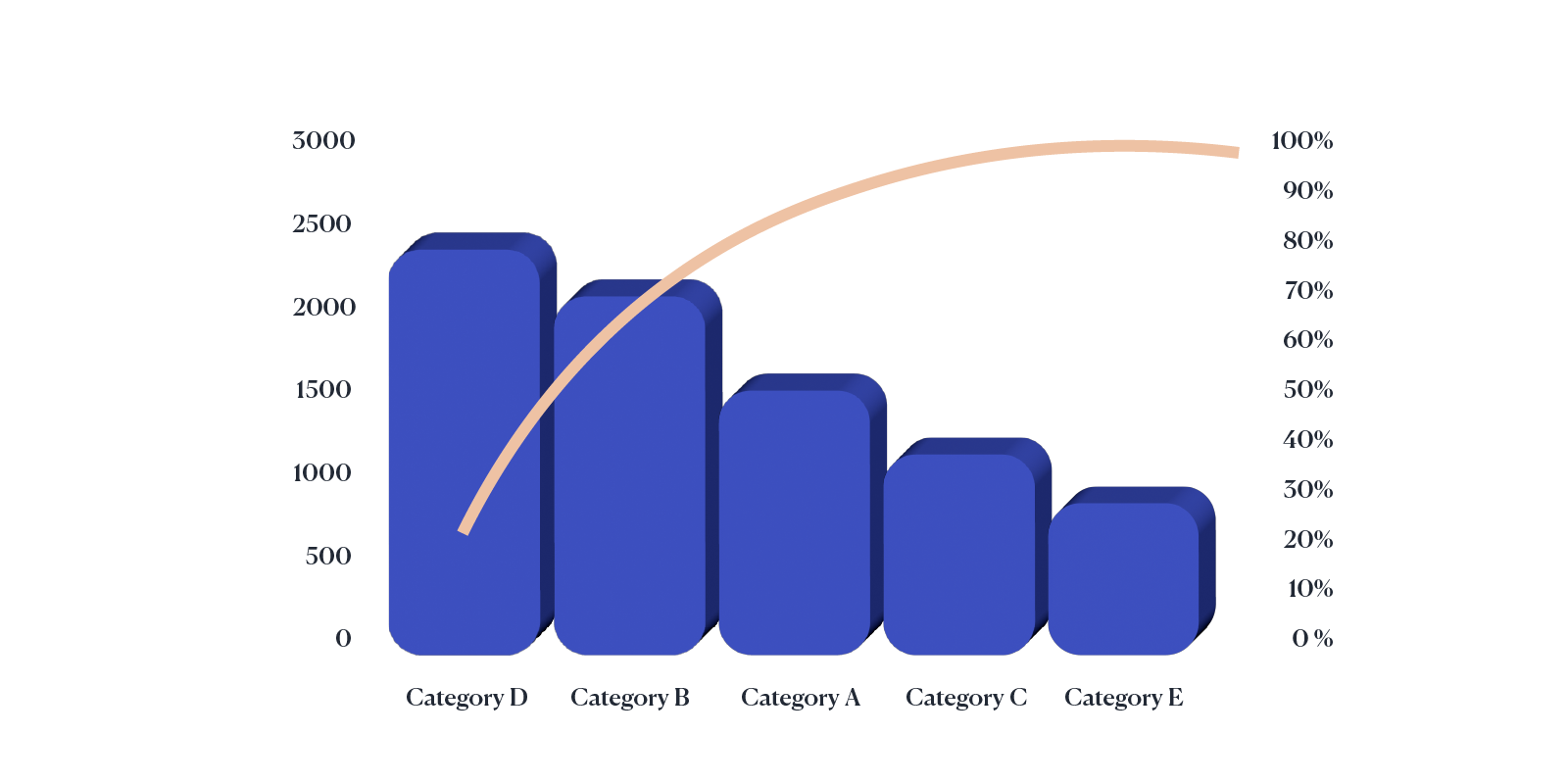 If you’re a growing organization with multiple projects progressing simultaneously, you’ll likely benefit from a Chief Time Officer. Almost all organizations have C-level officers in charge of finance, growth, staff, and information. The missing factor is time. Yet, as the adage goes, “time is money”, and it should be managed as such.

However, most companies fail to optimize their available working hours, so miss out on the productivity gains that go with it. For example, one study estimated that over a quarter (26%) of the average employee’s day is wasted on avoidable administration, outdated working methods, and other unnecessary tasks. That’s why making it one person’s central responsibility is key, so that time isn’t merely measured and managed mindlessly. Instead, conscious strategies to maximize efficiency can be formulated and implemented.Rather than reading stacks of books on every time management technique out there (who has time for that in their busy day?), why not start with a handy overview of tips and techniques in our Ultimate Guide to Time Management?