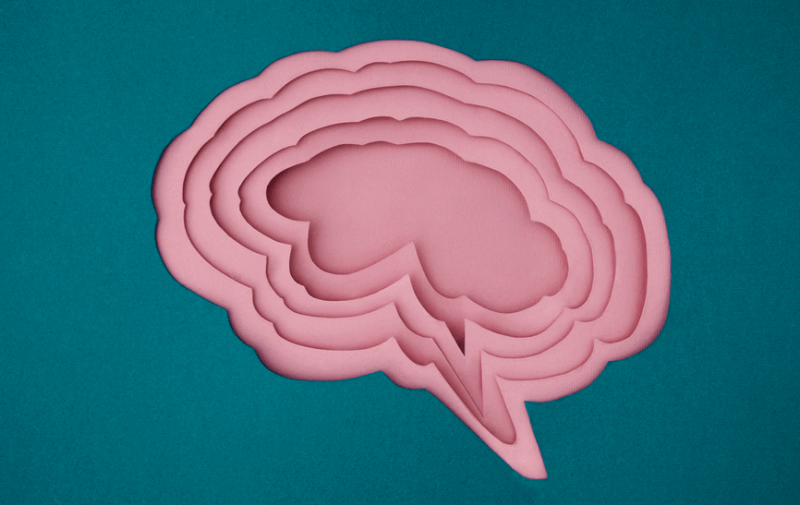 How to Root Out Bias from Your Decision-Making Process

Smart decision-making process is what differentiates great leaders from the rest.

A decade ago, Gokul Rajaram, then a product management director for Google AdSense, was presenting an idea to Google’s CEO Eric Schmidt. As the discussion got heated, Schmidt’s voice thundered, “Stop. Who’s responsible for this decision?” Three people — including Rajaram — hesitatingly raised their hands. “I’m ending this meeting,” Schmidt said. “I don’t want you to return to this room until you figure out who the owner is. Three owners mean no owner.” This said, the meeting was put off, and the team dismissed.

Since then, Rajaram’s decision-making process has fundamentally changed. He’s set up a decision-making framework that he and his team apply to every important (and minor) inquiry. We’re going to discuss the framework later in the article.

“All business activity really comes down to two simple things: Making decisions and executing on decisions. Your success depends on your ability to develop speed as a habit in both.”

In today’s wildly competitive business landscape, staying up to speed can make or break a company. It’s imperative that business leaders and project managers make decisions fast and stick to them in the long run.

But with rush comes a new danger – when rushing to outpace the competition, we’re more prone to cognitive biases, hampering our ability to arrive at reasonable conclusions.

It’s not just one or two tendencies that make a flop out of many strategic meetings. Business Insider has listed as many as 20 cognitive biases screwing up your decisions.

So how can you as the CEO or team lead ensure that the decisions made on your watch stay untouched by the human tendency to bias and error? It all starts from the top, the leadership – you. The craft of smart decision-making requires that you gather input and perspective from your team, and push toward a final decision, ensuring all voices were heard.

Many leaders are bound by the availability heuristic – a cognitive bias that makes us overestimate the importance of things that are most available.

Just because an issue is currently visible and readily available, doesn’t mean it should be treated as a priority. In fact, this type of self-restriction can obliterate key objectives and alternatives crucial to making the most profitable decisions.

University of California Los Angeles professor Craig Fox asked half the students to suggest 2 ways to improve his class (an easy task) before handing out evaluation papers. Then, he asked the other half to suggest 10 ways to improve the class (a much more difficult task). The students who struggled to come up with 10 improvements gave Fox higher course evaluation ratings than the rest. Why? Because they misinterpreted the difficulty of recalling a huge number of flaws as evidence that there were few flaws to consider.

Read on: 52 Motivational Leadership Quotes for Every Week of 2018

When prioritizing one decision over the others, managers often run into the mistake of preferring readily available low-importance issues to feebly graspable yet high-importance ones.

To overcome the bias, Rajaram suggests that you employ a decision prioritization framework that parts urgent and important issues from the likes of “Selecting a Flavor of Kombucha”. 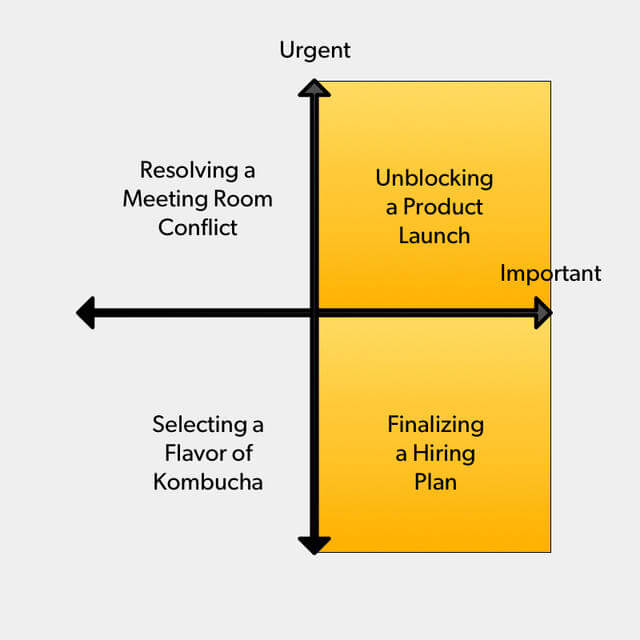 This basic chart can help establish shared definitions of priority and determine how you’ll invest resources to make the decision. By running each question through the framework, you’ll be able to uncover the critical decisions that could make or break your business or projects.

You shouldn’t pick the decision that seems like the easiest way out but focus on tangible long-term gains.

Imagine a project meeting where a deadline extension’s being discussed. The team’s unanimously agreed that the deadline should be stretched by two weeks.

Suddenly, a team member takes the devil’s advocate role and draws attention to the fact that maybe, just maybe, the deadline shouldn’t be extended at all. That’s new, the idea had not once crossed your mind before.

The reason you didn’t consider far-fetched alternatives lies in the confirmation bias – our natural tendency to only hear and consider the information that aligns with our beliefs.

According to Psychology Today, we pick out those bits of data that make us feel good because they confirm our prejudices. Thus, we may become prisoners of our assumptions. 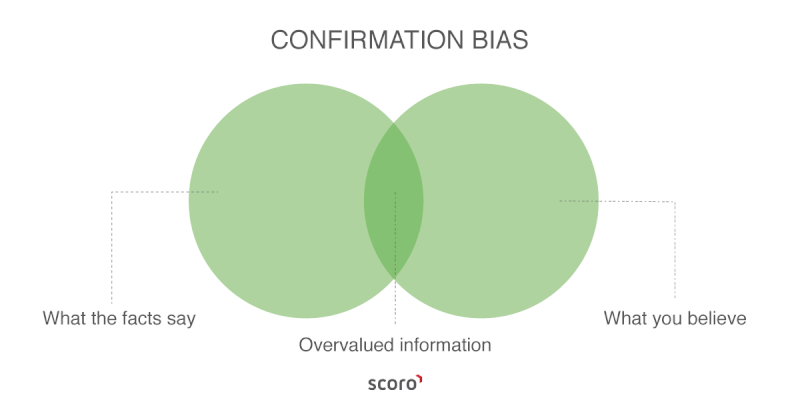 Naturally, this kind of predisposition brings no fresh approaches to the table when needed most desperately – while making pivotal decisions.

To overcome the confirmation bias, the responsible person – the decision maker – should give their best to introduce a set of alternatives to consider, rid of any bias. Every new alternative should be realistic and cover the entire problem scope.

Don’t forget to always answer the “Why’s” of any plan you introduce to the game. If you aim to get team members on board with a new idea, it has to have strong arguments working in its favor.

Tip: If you find it hard to agree on important questions, e.g. in marketing, you can always A/B test your assumptions.

Before you even start to elaborate on possible decision outcomes, it’s important to define the decision and capture the “What”.

Often, it turns out there’s more than one decision to be made. To be exact, a single decision could extend into multiple dimensions, ranging from several stakeholders to different implementation channels.

There’s a substantial likelihood that you’re not going to like all the aspects of a difficult decision-making process. However, it’s ever more important to tackle the unpleasant and demanding qualities of the decision, as they frequently result in the greatest insights.

Avoid getting struck by the ostrich effect – a cognitive bias that makes us want to hide our heads in the sand whenever encountering a difficult issue.

As reported by Psychology Today, the ostrich effect often appears in the business setting, following a similar pattern every time:

If you let the ostrich effect slip into your decision-making process, not only will your team lose their focus on important questions, they’ll also turn on each other’s (potentially brilliant) ideas.

During business negotiations, try to keep an open mind toward all interested parties and not feel immediately injured by opposing points of view.

The more new perspectives you can bring to the table, the more material for further consideration you’ll have.

Read on: Artificial Intelligence: Everything You Want to Know

4. Survivorship bias – focus on failures instead of success stories

In his 2001 book Good to Great (more than 3 million copies sold), Jim Collins chose 11 companies out of 1,435 whose stock beat the market average over a 40-year time span and then searched for shared characteristics that he believed accounted for their success.

What the book couldn’t predict was that from 2001 through 2012, the stock of six of Collins’s 11 “great companies” did worse than the overall stock market.

Similarly to Collins, we’re all prone to the survivorship bias.

The survivorship bias is one of the most common misconceptions in the startup and business world, resulting in the overwhelming focus on success.

Without sufficient insight, we tend to assign high attention to success stories and tales of survival while ignoring the failures.

According to Bloomberg, survivorship bias becomes insidious in that the winners may not even know why they came out on top. In fact, luck and timing probably played larger roles than most realize or will admit, especially those busy praising their incisive strategy and bold leadership.

When it comes to decision-making, the survivorship bias makes us overvalue the examples of past successes without acknowledging the rate of similar strategies failing.

Bring on board authorities who have sufficient knowledge to weigh both optimistic and pessimistic points of view. Every time a stakeholder seems to prefer a solution due to a few past successful experiences, look for counterarguments and examples of this approach failing to bulletproof your decision against possible biases.

Read on: How to Apply the Grit Psychology to Your Work

All things concerned, nobody wants to look confused or wrong in the eyes of their colleagues.

That’s why, during the decision-making process and at high-level meetings, we tend to stick with the arguments we’ve previously supported. On that premise, it might not always result in the best outcome for the business.

A study from the University of Iowa found that once people reach a conclusion, they aren’t likely to change their minds, even when new information shows their initial belief is likely wrong and clinging to that belief costs real money.

That’s why it’s critical to regularly introduce new perspectives to the table by entering new agents in the course of the decision-making process. Resist the urge to include all stakeholders to the procedure right from the beginning and invite some experts to enter halfway to the final solution.

The newcomers won’t be familiar with the facts and disputes you’ve previously held, freeing them from biases lurking around the table.

However, make sure that the decision maker’s present throughout the discussion, having the full spectrum of arguments to shape the final decision.

Read on: How AI is Changing the Way We Work

Beating your cognitive biases as a team and amending your decision-making procedure starts by acknowledging the problem’s existence.

Rajaram, now the Product Engineering Lead at Square, suggests a simple tactic for ruling out possible biases towards any one solution:

“For each alternative, list out the pros and cons, as well as the parameters behind the quantitative model. There are no shortcuts. Get into the numbers as much as possible. It can be very hard with ambiguous decisions to get down into the numbers, but it’s very valuable to do so.”

When it comes to decision-making meetings, make reversible decisions quickly and don’t ponder for too long on any specific question. However, when tackling complex issues, develop a playbook for battling the human error and executing the most profitable long-term decisions.